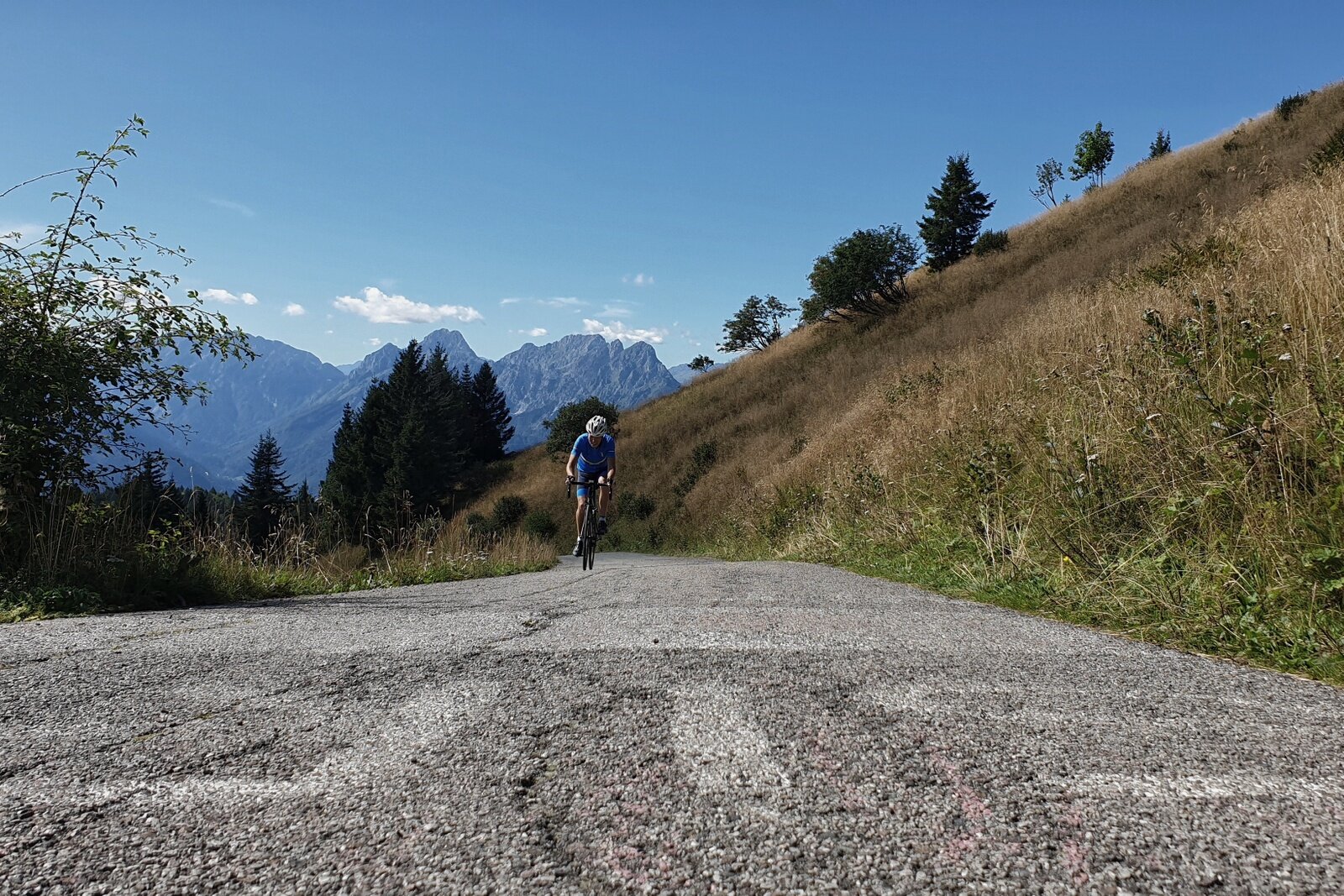 Monte Zoncolan is located in the Carnic Alps and reaches an altitude of 1,750 metres. This climb is considered the toughest in Europe, because from the start in Ovaro to Monte Zoncolan you have to climb a total of 1,210 metres in altitude over a distance of 10.2 km, with an average gradient of 11.7% and peak values of 22%.

In the first 2 km after Ovaro you have some passages with over 11% gradient, but only later, in the following 6 km, the average gradient reaches 15% with peaks over 22%. From about the ninth kilometre, the gradients drop back to 7%, after which the road goes rather flat through three short, straight tunnels with a cemented ground. The last 500 metres are uphill again with gradients of about 12%.

This legendary climb has often been a stage finish in the Giro d'Italia. The last time this happened was in 2018, when Chris Froome broke away from everyone with 4 km to go and won the decisive stage, which went on to win the Giro d'Italia. We all remember his sprint on the steep final climb, which remains inimitable for us cyclists.

All the guided tours